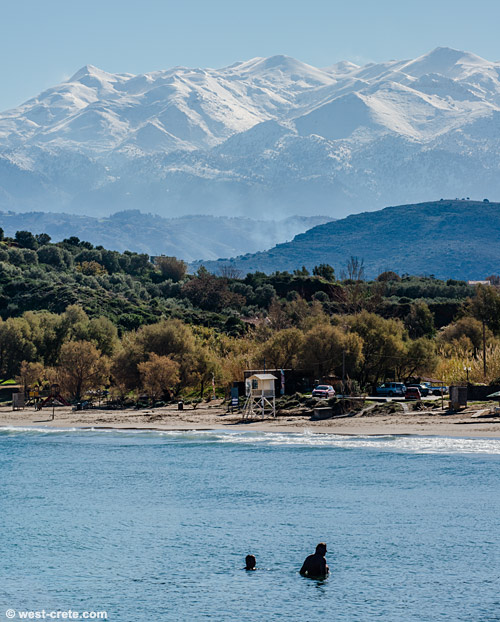 Crete's winter climate is similar to the South of Spain and Cyprus. These regions have the warmest winters in Europe but strangely, whilst South Spain and Cyprus are also winter destinations, there is no winter tourism in Crete between November and April.

The climate in winter (see Crete's weather for November, December, January, February and March) is of course much milder than anywhere further north but apart from November it will not be suitable if you are looking for a beach holiday. It can still be a wonderful time to visit and escape the greyness of a northern European winter.

Winter holidays in Crete: the pros

Getting to Crete in winter

At the moment (2019) there are no direct international winter flights to Crete so you will need to fly via Athens or Thessaloniki and catch a domestic flight to Heraklion or Chania. Being off season, prices can be quite low (but maybe not as low as very cheap charter flights) except during the Christmas to New Year time which is high season for most airlines.

Alternatively you could also take the ferry from Piraeus.

It's probably a good idea to avoid places that are purely tourist resorts as most (if not all) the infrastructure will have shut down. Even if you find a room these places tend to have a desolate atmosphere. Best to stay in working towns (or villages) where you can also have access to shops and restaurants frequented by the locals. The towns of Sitia, Agios Nikolaos, Heraklion, Rethymnon and Chania could make good winter bases. If you want villages Kalyves is a good option. On the South coast there is still a bit of life in Paleochora and Mirtos

Make sure that you get a room with some form of heating. Day time temperatures can be very pleasant and warm but it gets cold at night. Using the heating function of an air-condition unit is OK but central heating is better.

Other tips for winter holidays in Crete 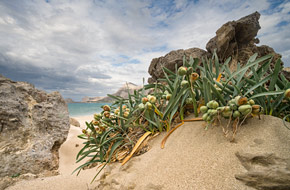