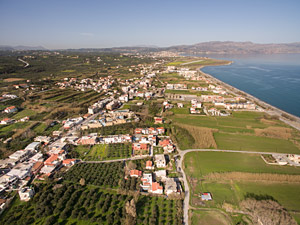 The area of Maleme is still wide open, not very built up and has good views of the peninsula of Rodopou. 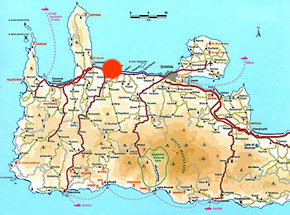 The beach front is quiet, there is not much of a village so it is lacking in any type of atmosphere

A few large hotels and several pleasant apartments close to the beach.

A few shops and small supermarkets will cover your basic needs

The beach is a mix of coarse sand and fine pebbles and is far less crowded than the beaches of Agia Marina and Platanias. See more about the beach here.

Maleme is best known as the place where German paratroopers invaded Crete in 1941. More than half of them lost their life in the attack and are buried in the German war cemetery l ocated on the hills above Maleme.

Jump to other resorts

Location of Maleme
Go back to main resorts page 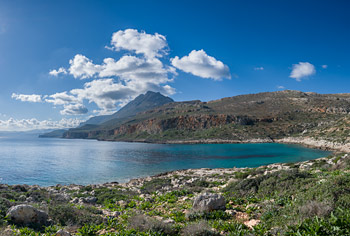